Galiffa Kart
Home Gare Touched the third step of the podium for the Galiffa engines at... 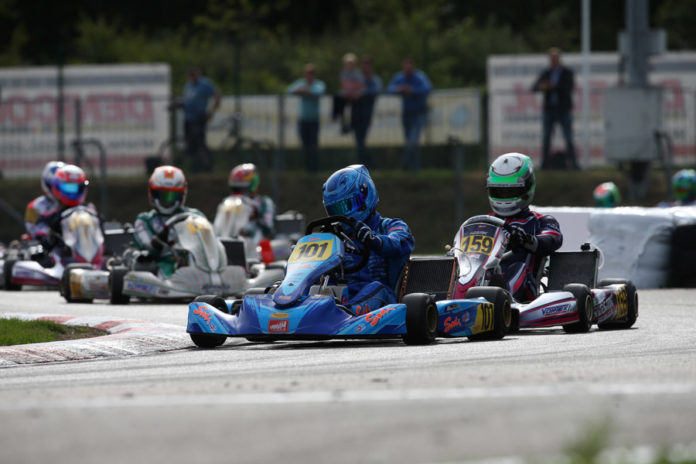 Sunday 9th September, the most sought-after race of the year took place on the Genk Circuit and Gianfranco Galiffa with his mobile workshop could not miss this event.

The current European Champion, Adrien Renaudin, was also aiming to win the International Super Cup title but, despite the good times in qualifying and excellent heats, he had to settle for fifth place. Renaudin who started in second place in the final, halfway through the last lap, when he was third, a contact makes him lose positions and not having more time for the comeback sees fading any chance to get on the third step of the podium.

Another protagonist of this weekend is the vice European champion Giacomo Pollini. The NGM driver, very fast in qualifying times and winner of two manches, unfortunately marched badly in the final compromising the outcome. Pollini, from the tenth position begins the comeback and ends in a good seventh place.

A surprising Nomblot that at its first participation at the International Super Cup, amazes everyone, with the fifth absolute time in qualifying and a second place in a heats. In the final, Nomblot finishes in thirteenth position. The driver Joshua Fife was very fast in the times, in the race he recorded the fourth best time. Fife, when he is thirteenth, aims at the top ten but, two laps from the end, a technical problem makes his aims vanish. Good also Loubere, Leuillet T, Sotiropoulos, Leuillet G, Hall, Luyet, Nilsson, Valenti, Lindholm, Ojaranta, Moor, Prosperi, Eiristo and Garifullin who have distinguished themselves in qualifying with good timing but who unfortunately have had difficulties that have prevented from conquering positions deserving.

In KZ, discreet Henri Kokko who, in the final in the most performing category, crossed the line in a well-deserved twelfth position.

Thanks to TM Racing, manufacturers CRG, SODI, IPK, ENERGY CORSE, GOLD, NINAR, CPB Team, NGM, WARD and all the drivers who competed with us.

Gianfranco Galiffa thanks his staff for the constant and valuable work.