Galiffa Kart
Home Races The Galiffa Engines very strong in the 23rd edition of the Winter... 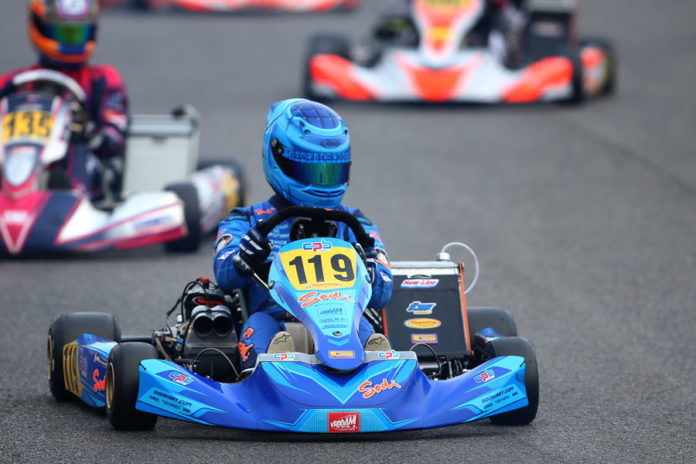 On the Circuit South Garda Karting the last week end the drivers motorized  Galiffa has succeeded in making to emerge their potential despite the difficult meteo conditions.

In KZ2 Adrien Renaudin, after a complicated  Super Heats, in final with a big it reassembles from the 19th position he has crossed the finishing line 5th. The Lorandi brothers dominated from the official tests on Friday, Leonardo recorded the best time (46 693) while Alessio the 2nd time (46 735).Leonardo, author of the fastest lap of the whole week end, winning of 3 manches and 2nd in the Super Heatses, in final forced to the withdrawal he has seen to fade away the possibility of a good result unfortunately. Also Alessio Lorandi, winning of 3 manches have had some difficulties in the Super Heatses jeopardizing the ending where it concludes in 15th position. Good performance for Pierre Loubere, first competition for him with the Galiffa engines, has conducted a final to the footstep with the central group closing in 11th position. Tom Leuillet, Gabin Leuillet, Arnaud, Nomblot and Lay have made good timing but the week unlucky end they  has not allowed their to exploit to the best their potential.