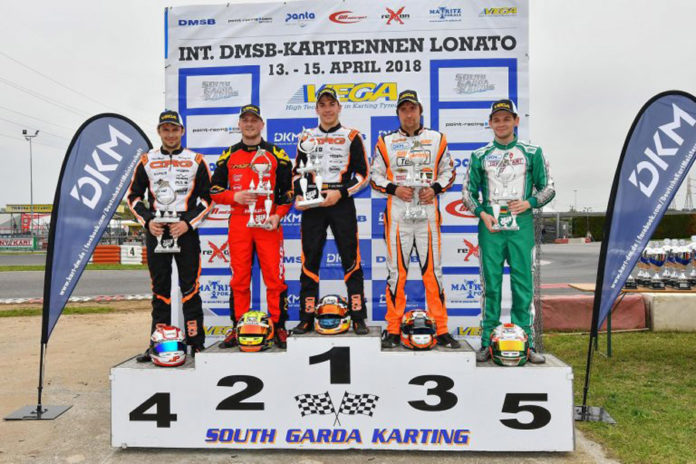 The new season of the DKM German Kart Championship has begun in Lonato.

The drivers of KZ2 Hiltbrand, Kremers, Nomblot, Amati and Nilsson, and in the OK JUNIOR Gaia Eichenberger compete with the Galiffa engines.

Starting a positive championship for our engines, right from the qualifying and eliminatory heats the drivers we motorized occupied the positions at the top of the rankings. At the top Galiffa engines with Pedro Hiltbrand won undisturbed race 1 in the DSKM category, which in race 2 due to uncertain weather conditions ended unfortunately in 13th place.

In the DSKC Nombolt who finished 4th in race 1, in race 2 he climbed on the second step of the podium.

Well also Kremers and Amati in the top ten throughout the weekend, less fortunate Nilsson who despite the good performances did not take part in the finals.

Next meeting for the German championship on May 13 at the Wackersdorf circuit.