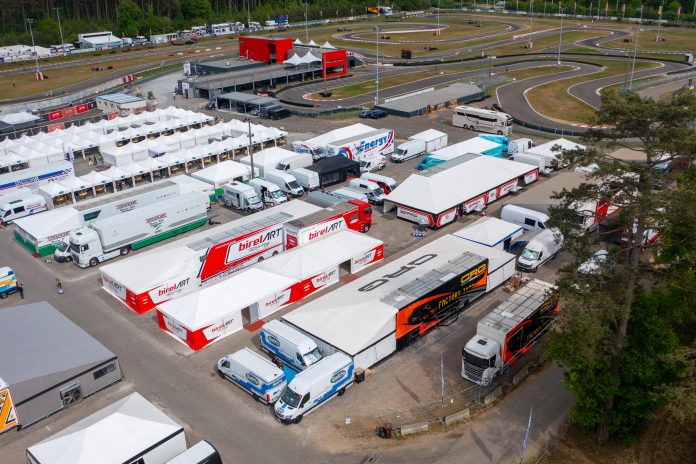 On the Genk Circuit for the first Round of the 2002 Fia Karting European Championship, very strong Kajak, poleman of his group and winner of 3 heats. In the Super Heats Kajak he finishes sixth and fourth in the final. Competitive Civico and Pescador who win 2 heats. Pescador then wins the Super Heat and Civico closes in fourth position. Good work of Habulin, Spirgel, Tonteri and all the other Galiffa motorized drivers . In the final of KZ, Iglesias made an excellent comeback, starting from the rear, finishing in eleventh position followed by Irlando (P17) and Gustavsson (P19).