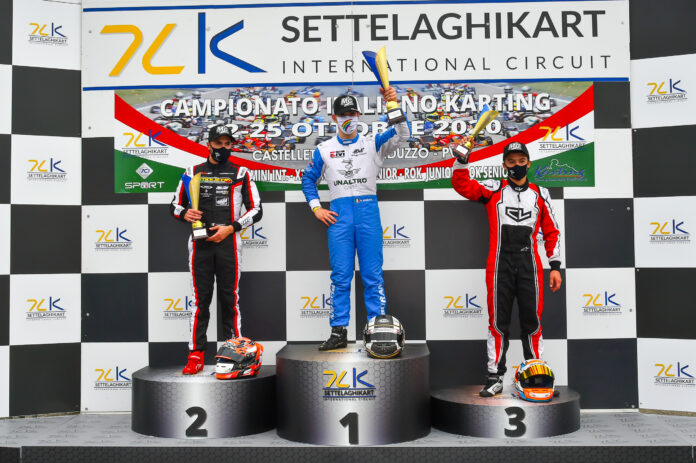 The last round of the Italian Aci Karting Championship ended on the 7 Laghi Circuit in Castelletto di Branduzzo, where the 2020 Titles were awarded. Cunati and Lombardo climbed on the second and third step of the tricolor podium.

The provisional leader, Simone Cunati, due to a contact in race 1 saw the conquest of the title fade, thus dropping to second position in the championship standings.

In race 1, the poleman Lombardo did well and, finishing in P2, consolidated his third position in the Championship. Performant Di Lorenzo: fifth in race 1, in race 2, fighting, he was forced to retire due to a contact.

The second and third position in the Championship is however a good result that is added to the 2020 Palmares full of successes.