Galiffa Kart
Home Races In the third round of the Italian ACI Karting Championship the motorized... 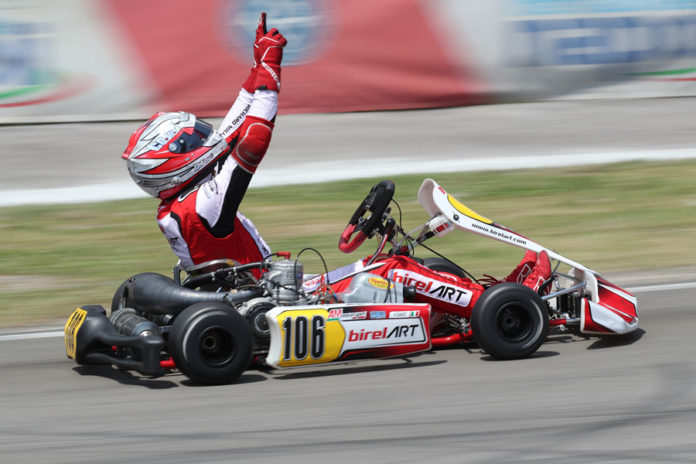 On the Naples International Circuit the engineer Abruzzese has obtained important results. An excellent Giacomo Pollini, author of the pole, was asserted in the heats winning 2. In race 1, the NGM driver, after an excellent start, led the race without pressure, gaining important tenths and crossing the checkered flag first. Race 2, which is quite lively, makes Pollini’s comeback difficult, with a reversed grid in the eighth. The motorized driver Galiffa with a good pace leads to the fourth position, aiming for the podium but this time he has to settle for a good fifth position. An excellent result for Pollini that of Sarno, which confirms the provisional championship leader. To take the first step of the podium in race 2 the driver Davide Forè of the new Team AM Motorsport, also motorized Galiffa. The multiple champion, fifth and sixth in the heats, he fought with the small group in front of race 1 positioning himself sixth. In race 2, with a good start, Forè goes to take the leadership to the finish line. Among the most competitive Francesco Celenta. The rider from Salerno worked well for this third test, showing it in the heats, positioning himself in second and fourth position. In the finals, left in the middle group where the risk of contacts is high, Celenta has done everything possible to try the comeback, closing sixteenth in race 1 and seventh in race 2. Good performance of Salmaso, Durante, Balbo, Sotiropoulos, Mascialino, Casolare and Meyuhas.