Galiffa Kart
Home Races The Galiffa engines in the top ten of the second round of... 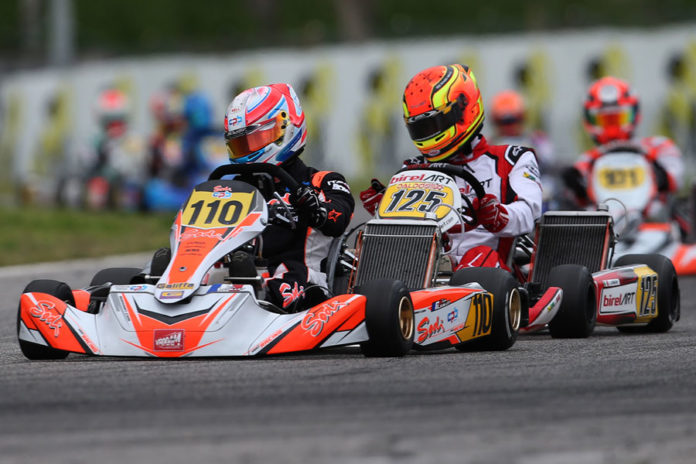 The second round, the recovery one, of the WSK Super Master Series was held in Sarno during the Easter holidays. The motorized drivers Galiffa, Leuillet and Renaudin, initially with some difficulties, then got their reward ending in the top ten. Tom Leuillet, very competitive, crossed the finish line in 4th position and was then relegated to 6th due to a penalty for a contact. Positive results in terms of championship points also for Renaudin who finished the race in 8th place confirming his 5th place in the championship standings. Good performances for Nomblot and Valenti, a little less for Moor who, due to a contact, suffered minor injuries but did not allow him to take part in the race.

Next meeting, always on the Circuit of Sarno, April 8th with the last round of the WSK Super Master Series 2018.