Galiffa Kart
Home Races The Galiffa engines at the head of the European KZ2 Championship with... 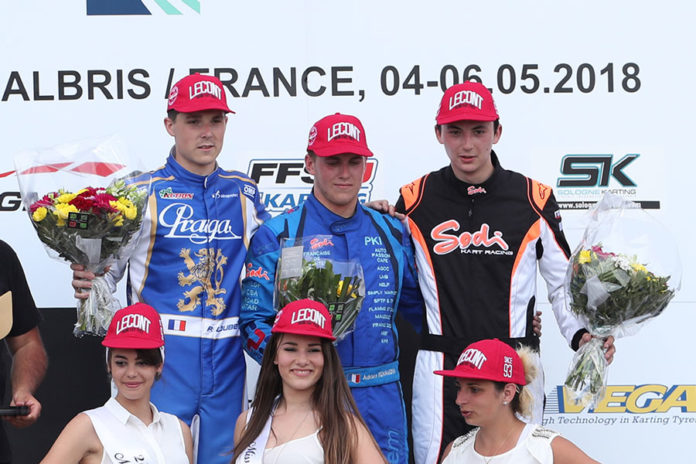 In the first round of the kz2 European Championship, Adrien Renaudin, competitive and determined, won 2 races, then in the final he climbed the first step of the podium.

In the final, the CPB driver conquers the leadership by making a perfect race: starting on pole, undisturbed for 21 laps, he reaches the checkered flag first. With this fantastic victory Renaudin and the TM by Galiffa engines place themselves at the top of the European Championship and, afterwards, Pierre Loubere who after the pole position on Friday, 2 wins won, leads the final in 2nd position and runs smoothly, across the finish line. A satisfactory result for Giacomo Pollini, author of a winning race and excellent timing, closed the race in 6th position.

Too bad for Tom Leuillet that this time, not finding the right set up, had to abandon his ambitions.

A recognition for the work done by Benavides, Nomblot, Bernardotto, Leuillet G., Fontaine, Valenti, Ojaranta Meyer and Moor who have put it all but  in races like these where the high risk of contact and the high level of competitiveness makes it more difficult to achieve the desired results.

Thanks to Tm Racing, Prague, CRG, CPB, NGM and all the drivers.

Second and Last appointment with the European Championship on July 15 to Lonato.