Galiffa Kart
Home Gare On the International Circuit of Triscina the first round of the Italian... 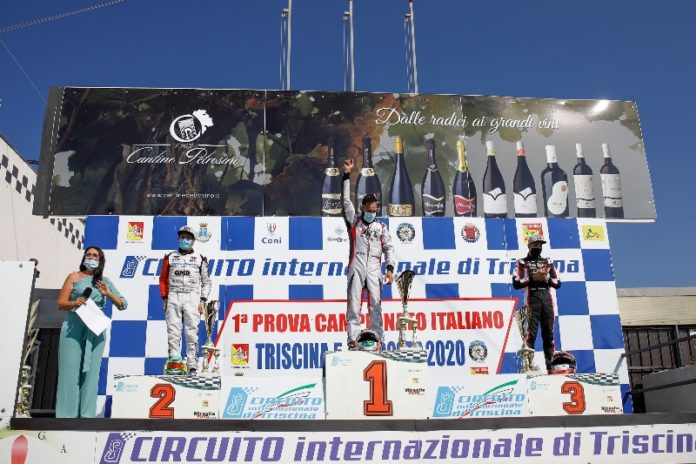 In Triscina, an excellent start to the championship for the Galiffa engines that climb to the top step of the podium in race 1 with Lombardo and on the third step in race 1 and 2 with Cunati.

On the home circuit Lombardo imposed his leadership in race 1, but it is a pity that he could not reconfirm it also in race 2 where he is out on the third lap. At this first round, the 2019 Italian champion, Simone Cunati, laid the foundations to reconfirm the title by conquering the second position in qualifying and monopolizing third place in both races. Important weekend also for Di Lorenzo who, fighting, finished 7th in race 1 and 10th in race 2.

The second round of the Italian Championship will be held on August 28-30 on the Naples International Circuit.