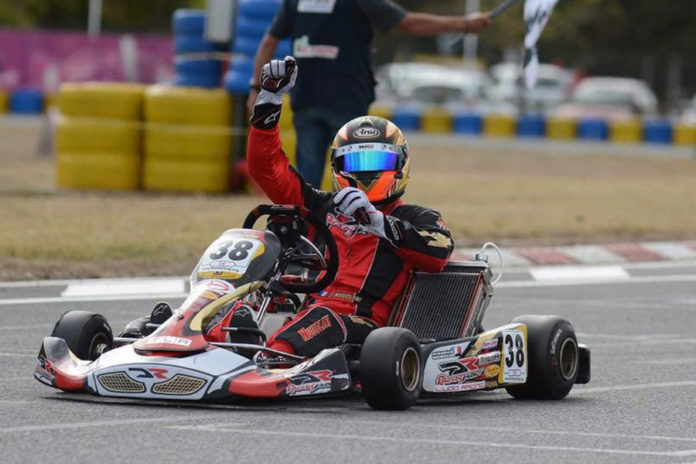 Gianfranco Galiffa adds to his 2018 palmares the victory of the French Championship with Stephen Nuvolini in the KZ2 Master. The DR driver won the title in Varennes with a second place in the final 1 and winning the final 2 and 3.

Excellent results also in the KZ2 where Adrien Renaudin with many difficulties in the final 1 and 2, is redeemed in the final 3, climbing on the highest step of the podium and consolidating third place in the Championship. Race to forget for Jean Nomblot. The CPB driver, fast from free practice, third in timed qualifying, his group’s best time to one tenth from pole position, was unfortunately forced to retire. In the final 1, Nomblot passed in second position, with three laps from the end he had a bad accident that caused him to break the scapula. In the incident with Nomblot he was involved, fortunately without consequences, another motorized driver Galiffa, Arnaud Hugo. Arnaud who proved to have the right pace in qualifying, won one heat and in the final 1, he started in the back row in fifth position and then involved in the crash concludes twenty-fourth. In the final 2, Arnaud started trying to make up for the second best lap of the race and crossed the finish line in ninth position. For him the difficulties continue in the final 3 where a contact at the start makes the comeback difficult, closes in twelfth position. Good performance of Loussier that in the final 2 record the fastest lap.

We would like to thank TM Racing, the CPB Team, Ludo Racing and DR. Thanks to all the drivers.

We wish Jean a speedy recovery.