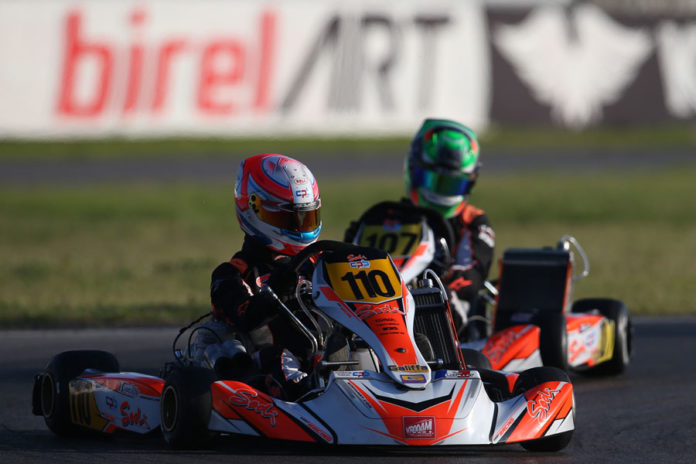 Sunday, April 8th, fourth and last round of the Wsk Super Master Series Championship on the Naples International Circuit.

Under the first spring sunshine the Galiffa engines finished the Championship with discreet results. Renaudin who in the manches was penalized 3 times for the loss of the spoiler, however he finished the final in a good 10th place. Also for the other CPB driver, Leuillet after the heats concluded quite well, can boast a satisfactory comeback respectively in 10th position. Nomblot, a novice driver, has juggled well among the drivers of KZ1 and KZ2. Loubere and Valenti with some difficulties in the heats, however, managed to defend themselves throughout the weekend. The mini drivers, Elkin Ariel and Dunin Ilia, were also very busy, and they were both very good in the heats and they both had a good pre-final ending in 5th and 13th respectively. In the final the two drivers were less fortunate, Elkin finished 17 ° while Dunin due to a contact interrupted his race in the eighth lap.

At the end of the Championship we see Renaudin in 7th place while Tom Leuillet in 9th place in the general classification.

Only a few days to recover and reorganize and then find us again on the South Garda Circuit for the first round of the DKM German Championship.