Galiffa Kart
Home Gare The Galiffa Engines on the third step of the 2019 International Super... 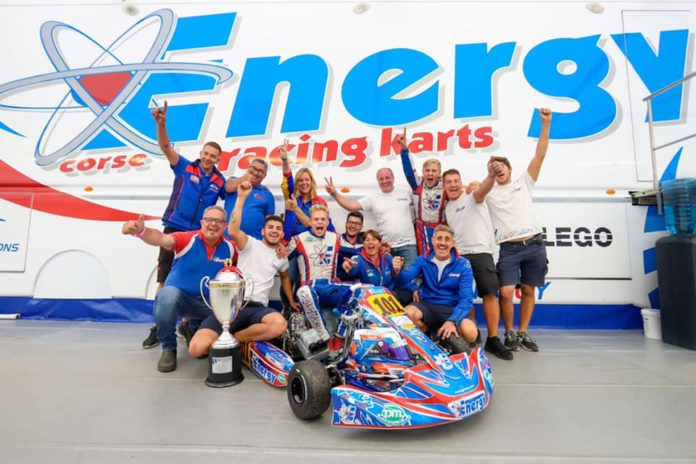 The most important race of the year could not miss Galiffa with its engines in both categories.

A great weekend in Lonato for the drivers Galiffa motorized who measured themselves against their opponents with time trials.

In light the European Champion, Emil Skaras. The Energy driver, second on the grid of the final and one step away from victory, in a row with the first crosses the finish line 3rd. Positive weekend also for Giacomo Pollini from the qualifying where he goes to win that of his group. Pollini, winner of two heats, in the final at the green light, slipped 4th and defended his position until the checkered flag. The new Italian KZ2 champion, Simone Cunati, will also be at the event. The Modena Kart driver on his CRG wins the first half of his qualifying group and then leads the races always among the top positions. Cunati, in the final, started eighth and tried to climb positions, closing in a good sixth place. Following Simone Cunati is Paolo Ippolito who, after good qualifying heats, ends up in the top ten in the final. Fighting for the whole weekend, Filippo Berto, always ahead in the heats, shame about an accident in one that obliges him to start in the rear, compromising the success of the race. In the final several contacts forced Berto to recede but, from there he managed to recover several positions crossing the finish line 21st. Natalia Balbo is very good all weekend long. Also she always among the first in the heats, unfortunately she has some difficulties in the final where the 18th match in bagarre has lost her position where she tried to go back, closing 22nd. Too bad for Jean Nomblot, always in the top positions in the heats, in the final he had a technical problem that forced him to finish the race early. Very Competitive Tom & Gabin Leuillet, Jean & Samuel Luyet, Di Lorenzo, Mazzucchelli, Sjokvist, Marseglia, Kapetanidis, Valenti, Lombardo, Bizzotto, Sotiropoulos, Ebner, Leon, Gaffuri, Lapina, Baciuska, Lindholm, Eiristo and Delli Guanti.

Satisfied with the work done, Gianfranco Galiffa would like to thank Tm Racing, all the drivers and the Teams who worked tirelessly for this event. The compliments go to Emil and to the Energy Corse Team for the third step of the podium and to all the other drivers who, despite the failed result, have demonstrated the potential available.