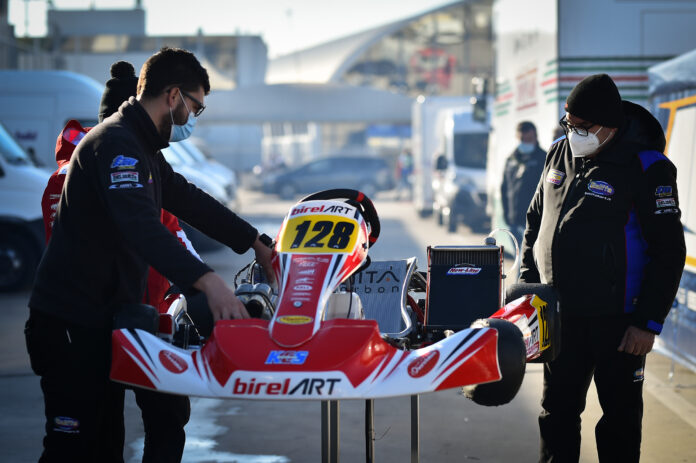 For the double appointment of the WSK Open Cup 2020, once again, Galiffa engines among the protagonists.

With Viktor Gustavsson’s pole position, Galiffa laid solid foundations for a weekend of brawl and overtaking.In the heats, Leonardo Marseglia and Viktor Gustavsson stand out as they do everything possible to grab a good place in the starting grids of the prefinals. In the Final of Round 1 Marseglia crosses the finish line sixth, followed by Van Hoepen in P7. Gustavsson, fighting for the second position, a contact makes him retreat and from there he begins his comeback of 8 positions closing in P8. Unlucky Pokos who is out on the ninth lap. In the final of Round 2 Marseglia, performing, ends fifth. Difficult moments for Gustavsson, fighting for the top positions, he finishes fourth but drops to ninth position for a 5 second penalty. Pokos combatant who closes in eleventh position while Van Hoepen is out on lap 10.