Galiffa Kart
Home Gare DKM, the Galiffa engines on the second step of the podium at... 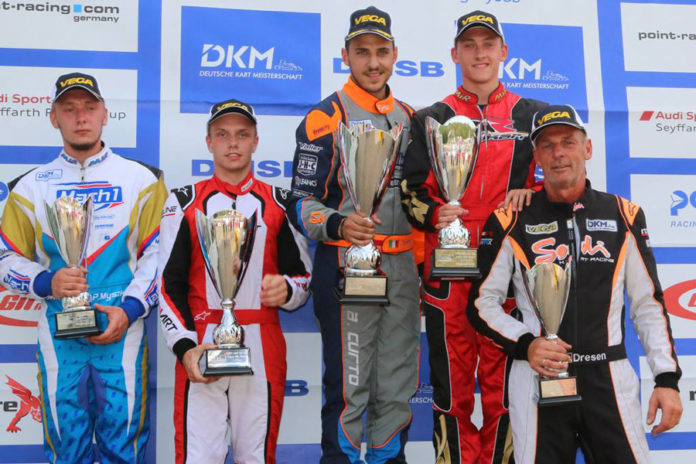 In conjunction with the sixth round of the Italian Championship, the German 2018 Championship finished in Genk, with the motorized driver Galiffa, Alessio Curto, second in the standings (DSKC).

Second and third in race 1 and 2 for the last round, Curto led a championship at the top.

In the DSKM a performance Adrien Renaudin, fourth in qualifying, did his best with the difficult weather conditions on Saturday. Too bad for Renaudin that accidents in race 1 and 2 have hampered his goals but the weekend was still important as a preparation for the world that will be held on 9 September at the Circuit of Genk. Well Luyet, tenth in qualifying, in race 2 from the fifth position a contact forces him to retreat in tenth position. In race 2 Luyet tries a comeback, fighting crosses the eleventh checkered flag. Good performances by Nilsson, Prosperi, Fife and CPB driver Mark Villem Moor who also took advantage of this race to train for the world championship.