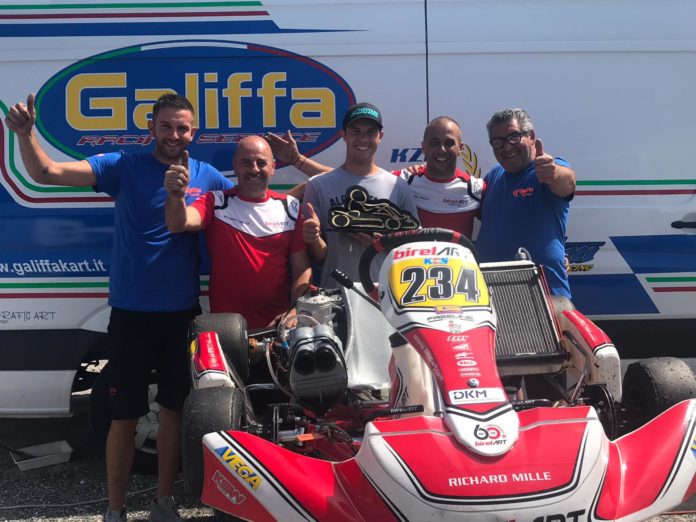 Sunday 4 August ended the 4th round of the German championship on the Genk circuit, as always many Galiffa motorized pilots.

In the DSKM category, Riccardo Longhi has been in the light since qualifying with two 3rd places in the heats.

Longhi, winner of race 1, seventh in race 2, won important championship points, where he is 3rd in the provisional standings.

Jean Nomblot, played a good weekend, in the top ten right from the start, finishing the two finals respectively 6th and 8th.

Emil Skaras 8th in final 1, a little less lucky in final 2, where he finishes 22nd.

Leonardo Marseglia after the previous appointment that ended with the podium, this weekend has gone fairly well with a 10th place in race 1 and 17th in race 2.

Isak, Luyet J. and Luyet S. also did well, defending themselves in the scuffles of the weekend.

Too bad for Horn and Johanson who failed to qualify for the final.

Kapetanidis took 2nd place in pre-final A, followed by Putyatin.

In the final Putyatin confirms his position, he remains on the 3rd step of the podium, while Kapetanidis drops to 6th position.

Ebner and Pavicevic defended themselves well in the Belgian weekend.

We await the 5th and last appointment of the DKM, after the summer break on the Ampfing circuit. 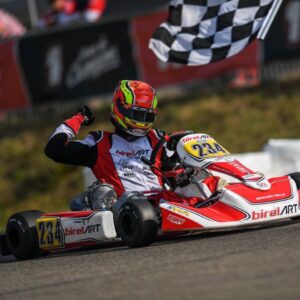 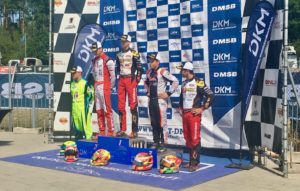