Galiffa Kart
Home Races A good start of season for the Galiffa engines to the WSK... 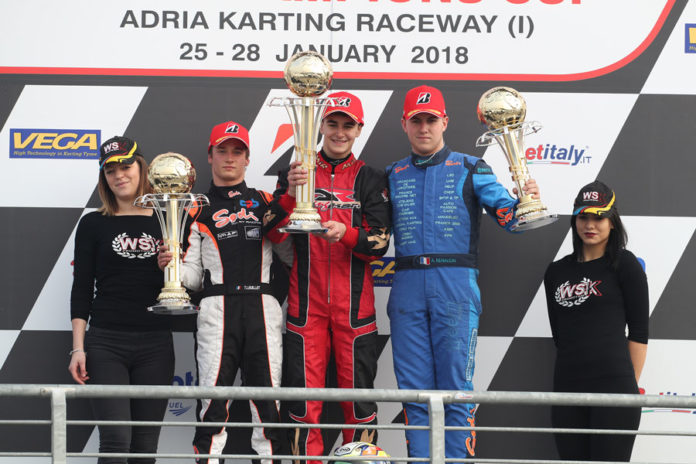 The last week end is initiated the season karting 2018 on the Circuit of Adria where to serve as protagonists in KZ2 the drivers motorized by galiffa, they  that has occupied the 2nd, 3rd and 4th position. Tom Leuillet, despite it was not to the top, he has conducted both the prefinal that the final to the footstep with the leader and closing both in a good second position. Beautiful competition for Adrien Renaudin that, very next to the first two, he has concluded the prefinal and the final in third position. A deserved fourth place for the driver Brad Benavides that despite different difficulties a valid adversary is revealed. Debut in KZ2 for the driver of the Team CPB Jean Nomblot that with the  galiffa engine  he has marked some positive cronos and he has concluded the competition in fourteenth position putting to his shoulders you drivers  with more experience in KZ2.