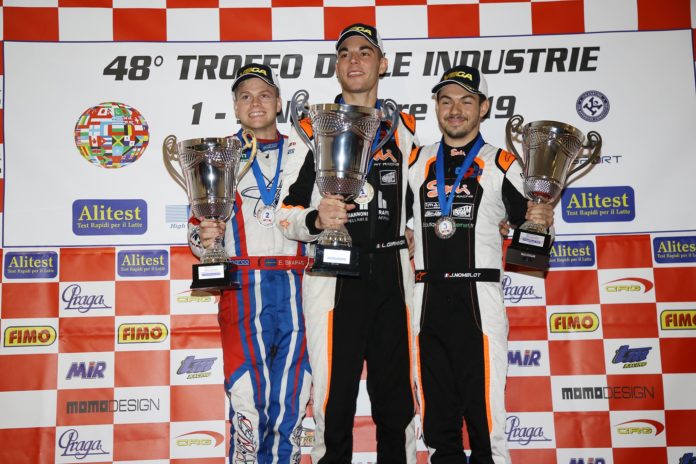 Sunday 3 November, on the South Garda circuit, the rain brings luck to the Galiffa engines, which conquer the 2nd and 3rd step of the podium, with Emil Skaras and Jean Nomblot. To tell the truth it was a lucky weekend since the preliminary heats, where all the Galiffa motorized drivers showed their abilities.

Divided into three groups in the manches , our drivers stood out, Emil Skaras took 2nd and 3rd place in his heats, same positions won for Jean Nomblot and Manuel Cozzaglio.

Pollini and Berto in the top ten.

In the prefinal Cozzaglio conquers the 2nd step of the podium, followed by Skaras, Nomblot and Pollini. Immediately off the top ten Sjokvist, 11th.

Even the 48th Industrie trophy ends with satisfaction for the trainer Gianfranco Galiffa and his Staff.